This post is part of a virtual book tour organized by Goddess Fish Promotions. The author will award a $20 Amazon/BN gift card to a randomly drawn commenter via Rafflecopter. Click on the tour banner to see the other stops on the tour. Please follow the tour and comment. The more you do, the better your chances of winning. 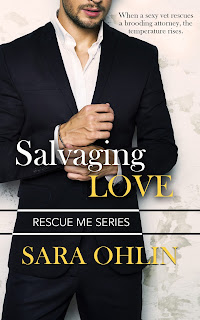 Perfectly content saving animals at her clinic in a charming but run-down neighborhood, veterinarian Ellie Blevins slams into new landlord, Jackson Kincaid, who plans to turn her beloved block of buildings into condos.

Intrigued by Ellie, hot-shot defense attorney Jackson gives her one month to convince him not to put his gentrification plans into progress. Attraction soon sizzles between them, but when Jackson makes his desires known, Ellie’s vulnerable heart doesn’t know what to think.

She wants to trust the sinfully handsome Jackson, just as he wants to gain her trust, but finding their way to love isn’t easy when her traumatic past and his criminal clients could sabotage their relationship for good.

Can the enchanting veterinarian and the brooding attorney fight the demons from the past…and build a new future?

“It’s not a bag of bones. It’s a block of old, historic buildings that need love and care,” she began. But standing there, taking in his polished rich-man strength, it was futile to convince him of anything. “You know what? Deal me the death blow now. I’d like to review the lease I signed before I throw in the towel and start looking for a new space and a new home, because I can tell there’s no way you and I will ever be on the same page.”

“I live in the apartment above the French Connection Bakery. Mr. and Mrs. Heely have owned it for twenty-five years.” There she was, exhausted-sharing again. And there he stood intense-staring. She closed her eyes at the craziest, weirdest conversation she’d ever had, and realized Chewie was asleep on her chest with his tiny head nuzzled in her neck. Oh, soft love, she thought, if only people were more like dogs, so trusting, kind, and loving.

“I’ll give you one month to try to convince me.”

“You spend time with me for the next month. We get to know each other, and you can state your case.”

“Spend time with you?” Is he insane?

“You said you wanted to try to convince me to change my mind.” 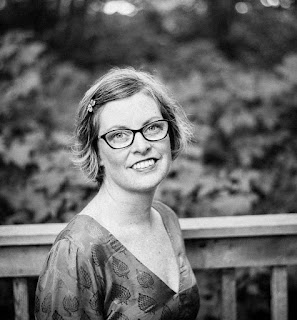 She has over fifteen years of creative non-fiction and memoir writing experience, and you can find her essays at Anderbo.com, Feminine Collective, Mothers Always Write, Her View from Home, and in anthologies such as Are We Feeling Better Yet? Women Speak about Healthcare in America, Take Care: Tales, Tips, & Love from Women Caregivers, and Chicken Soup for the Soul.

Although she’s the author of many essays about life, grief, motherhood and the connections we make through delicious food and shared meals, Sara loves creating imaginary worlds with tight-knit communities in her romance novels. She credits her mother, Mary, Nora Roberts and Rosamunde Pilcher for her love of romance.

If she’s not reading or writing, you will most likely find her in the kitchen creating scrumptious meals with her two kids and amazing husband, or perhaps cooking up her next love story.

She once met a person who both “didn’t read books” and wasn’t “that into food” and it nearly broke her heart. You can learn more on her website.

Books Around the World: Kuwait

Hello, I read a book by an international award-winning author of Arabic fiction, Mama Hissa's Mice by Saudi Alsanousi. A small group of friends grows up in war-torn Kuwait. This novel is a great up-close look into what life would be like for those people living there through those difficult times. Friendships and families get tested by circumstances in the world at large. The protagonist asks searching questions about what's important, the meaning of things and what to make of sectarian differences. Loyalties are questioned and changeable.

This is a story filled with raw truth, a fascinating view into real history. What did citizens there think and feel when Iraqi forces crossed over into their land? For people not versed in Middle Eastern culture, this is a great reminder that even neighboring countries have their own values (even if they share a religion and some cultural things). The side-by-side comparisons in this story are great, even those within the country itself. When a character asks if he's supposed to hate someone because of his particular origin, it gets a reader pondering the more profound side of life. The book contains lots of food for thought and is well-written. Recommended.
at December 16, 2019 No comments:

Hello, Nan, and congratulations on your book release, Christmas with You.

This post is part of a virtual book tour organized by Goddess Fish Promotions. Nan Reinhardt will be awarding a set of six handmade wine charms and a $10 Starbucks gift card (US ONLY) to 5 randomly drawn winners via rafflecopter during the tour. Click on the tour banner to see the other stops on the tour. Please follow the tour and comment. The more you do, the better your chances of winning. 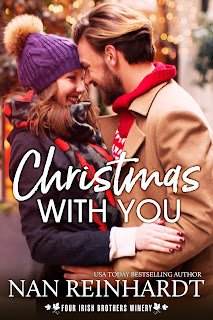 She’s loved him all her life… but will he be there when she needs him the most?

Disheartened and adrift after being written out of a hit TV show, actor Aidan Flaherty returns to his family’s historic winery, where he’s invested some of the fortune he’s made. As the holidays approach, Aidan becomes intrigued with the old showboat that’s dry-docked just east of town… and even more intrigued with the daughter of his former mentor, who now owns it. He decides to buy the boat and restore it to its former glory.

Single mom Holly Santos is back in River’s Edge after her divorce and she is over men in general and actors in particular. If she could only get rid of her father’s old showboat, a source of fascination for her son, Mateo. She never expects her old crush to walk into her tea shop or the fireworks that happen every time they’re in the same room. Can Aidan convince her that he is determined to restore their shared heritage on the showboat and that he’s home to stay?

“You have beautiful eyes.” Oh, good God. The words were out before he could stop them. Immediately, he backpedaled. “I’m not coming on to you, I swear, it’s just this is the first time I’ve actually seen someone with violet eyes. I-I mean... in person.” Heat rose in his cheeks. Blushing! Holy crap. He didn’t blush anymore—hadn’t in years.

She punched in his purchases. “Come on, rock star. All those Hollywood starlets and groupies and not a single one had eyes the same color as mine?” Her voice dripped sarcasm as she held out her hand for his credit card. “It’s thirteen sixty with tax.”

He fumbled in his wallet for his Amex Black card. “Why do you keep calling me that? I’m an actor, not a rock star.”

“I’m using it generically.” She passed the card back to him with another eye roll. “We don’t take Amex. What else have you got?”

Biting his lip to keep from expelling a frustrated breath, he handed over his VISA, the one where two percent of the money he spent went to save the redwoods. If it impressed her at all, she hid it well as she tapped the card on the screen, thrust it back at him, and turned the screen around so he could sign it with his finger. He hated doing that. His signature always ended up looking like his six-year-old niece, Ali, had written it. “Thanks so much for opening up for me.”

“Don’t expect me to do it again.” She walked swiftly around the counter to the door, twisted the key in the lock, opened it, then stood glaring at him, one hand on her slim hip.

In that moment, Aidan could have sworn they’d met before. “You look really familiar. Do I know you?” 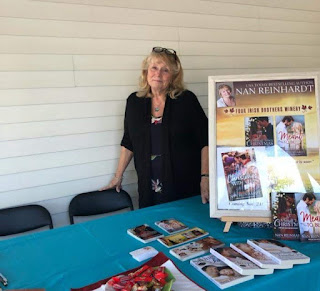 Nan Reinhardt is a USA Today-bestselling author of romantic fiction for women in their prime. Yeah, women still fall in love and have sex, even after 45! Imagine! She is a wife, a mom, a mother-in-law, and a grandmother. Nan has been a copyeditor and proofreader for over 25 years, and currently works on romantic fiction titles for a variety of clients, including Avon Books, St. Martin’s Press, Kensington Books, and Entangled Publishing, as well as for many indie authors.

Although she loves her life as an editor, writing is Nan’s first and most enduring passion. Her latest series, Four Irish Brothers Winery, includes A Small Town Christmas, Meant to Be, and the newly released, Christmas with You, all from Tule Publishing. Nan is busy at work on Book 4 of the series, as well as brewing a cozy mystery idea.

Visit Nan’s website at www.nanreinhardt.com, where you’ll find links to all her books as well as blogs about writing, being a Baby Boomer, and aging gracefully…mostly. Nan also blogs every sixth Wednesday at Word Wranglers, sharing the spotlight with five other romance authors and is a frequent contributor the RWA Contemporary Romance blog, and she contributes to the Romance University blog where she writes as Editor Nan. 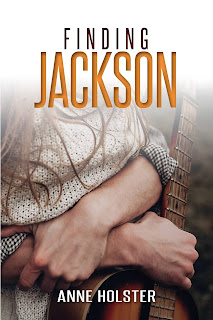